While holding the crucifix make the Sign of the Cross and then recite the Apostles Creed. Recite the Our Father on the first large bead.

On each of the three small beads recite a Hail Mary for an increase of faith, hope and charity.

Recite the Glory Be to the Father on the next large bead.

Recall the first Rosary mystery and recite the Our Father on the next large bead.

On each of the adjacent ten small beads (also refered to as a decade) recite a Hail Mary while reflecting on the mystery.

On the next large bead, recite the Glory Be to the Father. The Fatima decade prayer may also be said.

Each succeeding decade is prayed in a similar manner by recalling the appropriate mystery, reciting the Our Father, ten Hail Marys, the Glory Be to the Father, and the Fatima decade prayer (optional) while reflecting on the mystery.

When the fifth mystery is completed, the Rosary is customarily concluded with the 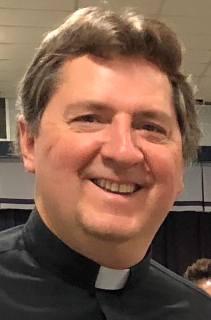